With a streamlined design and intuitive Multi-Touch gestures, iMovie lets you create Hollywood-style trailers and beautiful movies like never before.

Make Hollywood-style trailers
• Choose from 14 trailer templates with stunning graphics and original scores by some of the world’s top film composers
• Customize movie studio logos, cast names, and credits
• Select the best videos and photos for your trailer with the help of animated drop zones
• Record video for your trailer right in iMovie

Create beautiful movies
• Choose from 8 unique themes with matching titles, transitions, and music
• Give your movie the perfect look with 13 Apple-designed video filters
• Choose from 11 animated title styles like Split, Reveal or Pop-up
• Adjust any title by changing its font, color, size, location, and more
• Add solid, gradient, and patterned backgrounds to your movie
• Enhance your movie with by slowing down or speeding up any clip
• Easily add picture in picture, green screen, and split screen effects
• Select from over 80 soundtracks that automatically adjust to match the length of your movie
• Add sound effects, songs from your music library, and your own narration
• Connect a keyboard and use simple shortcuts to edit movies quickly
• Connect a trackpad or mouse to iPad for fast and accurate moviemaking

Share with friends and family
• Send videos with Mail and Messages
• Save to your Photos library in resolutions up to 4K at 60 frames per second**
• Export a video optimized for Instagram, YouTube, and other popular video destinations
• Save videos and iMovie project files to iCloud Drive
• Share videos and iMovie project files with AirDrop
• Use AirPlay to wirelessly stream video to your television with Apple TV*** 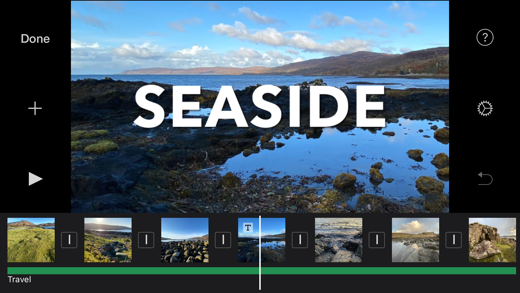 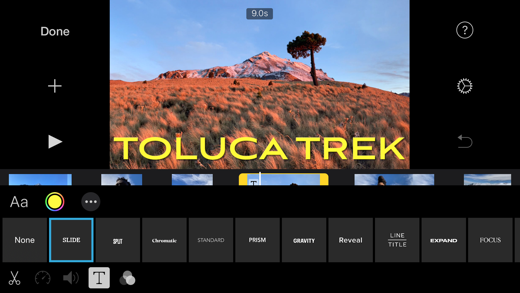 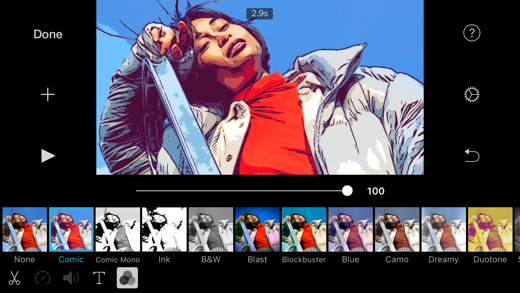 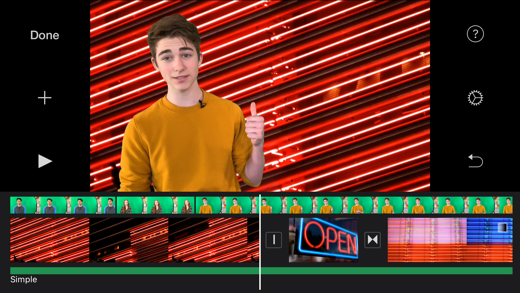 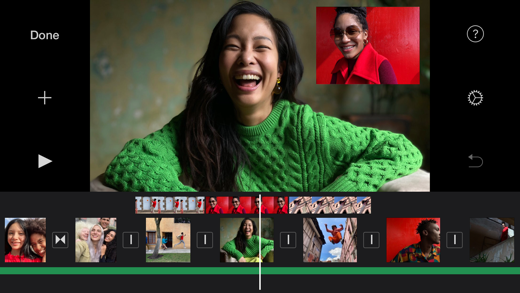 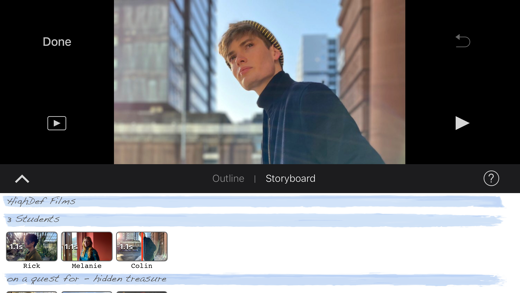 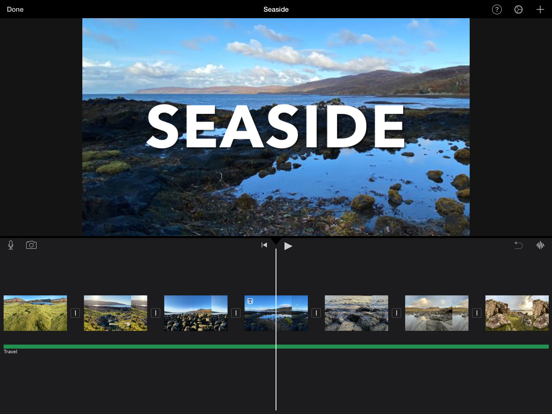 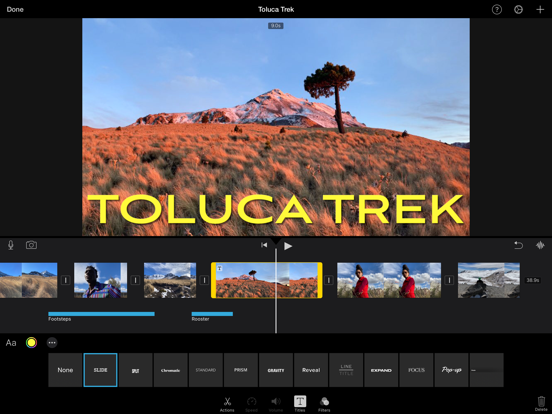 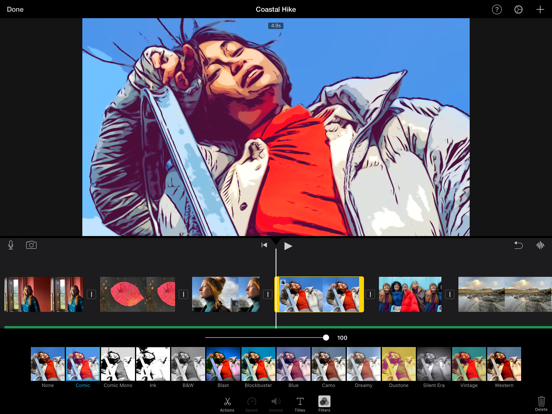 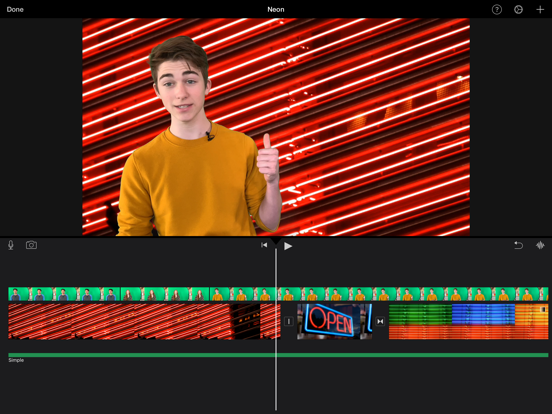 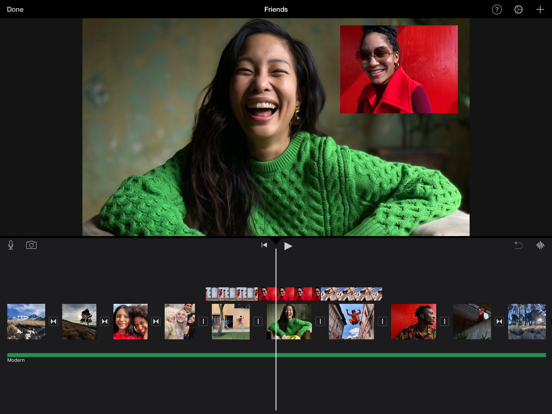 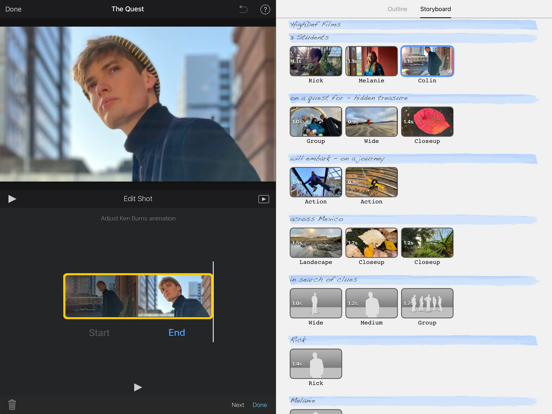 Ok so this is not an app I downloaded T-Mobile did it for me on my iPhone 12 which i got yesterday yay! Btw I’m a kid so it’s like a big thing for me before I had the iPhone XR , anyway this app I have seen people make agsm’s ( American girl stop motion) but I’m not exactly sure on how to use the app I thought it would be where I make a scene press pause add some effects blah blah blah etc but I don’t see any features near that and I would certainly like to use this app but if I would download this on my own time I would kinda maybe rue the fact that I did by this I don’t mean any offense to anybody by this review but I think it’s pretty similar to the.
“ clips” app but I like clips better T-Mobile also happened to download it for me and it’s cool and easier to use I guess so maybe I’m just new and I don’t understand but if I do understand it later on I will make a new review. Wow! This is long I’m going to go now and review the other apps T-Mobile downloaded for me because I like to review apps. Hope this helps!:-). Update I’m going to try and use this for a gatcha life vid I will get back when it’s done with info

Ok, so I don’t leave reviews for apps barely, but I’m going to because this is like one of my most favorite apps. So I am a small YouTuber (Triple8Gaming plz sub) and I’ve used iMovie since summer of 2020, (I mostly do videos on ROBLOX btw) and I’ve LOVED IT. My videos have been getting lost of views because of it. And the newest update to text and stuff is something I’ve wanted since I got it!!! And the background is something I’ve really wanted as well. iMovie is really awesome as well cuz u don’t have to pay money and it’s quick and ez but GREAT! You can trim on it, there’s plenty of music, but I recommend maybe some more popular music, but anyways, I totally think you should get it, because seriously, this is my favorite and best editor I got. Sure, it doesn’t do everything, but it’s still really great! But one thing. Something that I recommend for the next update is coloring, stickers, maybe some sort of cool effects you can put on, and stuff like that. But anyways, that’s it, thank you for reading this, and I hope you have a great day! ( ͡° ͜ʖ ͡°)

Iphone 12 pro max 512gb and imovie gets hungup on the export until all speed ramps are edited back to normal speed. Other wise compared to a desktop editing software such as premiere, or even shotcut, imovie is just ok ..somewhat of a disappointment. Editing music imo should act like editing a video clip so I have ultimate control. It tries to control how music is edited in as if I don’t or can’t edit in certain parts of a song..maybe make the app controlling music or not, optional. Give me a toggle so I can edit music clips just how I want too. Your way ends the music seconds before the end of the clip making an awkward pause that I can’t control. Fade outs only on beginning and end of the entire video? Not great. It’s as if by default for someone who has never edited a video before and tries to hold your hand too much. The titles are all meh. I wish I didn’t have to design something in photoshop to bring in for a title because the title designing tools are non existent. For what it is It’s the best editing tool I have ever used on a phone for video but so crippled in ways Im seriously considering buying an app that can do everything I’ve been complaining here about Imovie not doing! Thanks.