Mac App Store is the simplest way to find and download apps for your Mac.

To download Final Cut Pro from the Mac App Store, you need a Mac with OS X 10.6.6 or later. Learn More.

Redesigned from the ground up, Final Cut Pro combines revolutionary video editing with powerful media organization and incredible performance to let you create at the speed of thought.

Revolutionary Video Editing
• The Magnetic Timeline uses advanced metadata for faster, easier editing
• Enhanced Timeline Index lets you drag and drop audio roles to rearrange the layout of your timeline
• Use Clip Connections to attach B-roll, sound effects, and music to the timeline
• Reduce clutter by grouping clips into a Compound Clip
• Edit multicamera projects with automatic syncing and support for up to 64 camera angles
• Automatically transform projects for square or vertical delivery with Smart Conform
• Import and edit 360° equirectangular video in a wide range of formats and frame sizes
• Create, edit, and deliver closed captions from within Final Cut Pro
• Extend the capabilities of Final Cut Pro with third-party workflow extensions

One-Step, Optimized Output
• Incredibly fast export for playback on Apple devices and upload to websites such as Vimeo and YouTube
• Export audio stems and multiple versions of a finished video using roles metadata
• Import and export XML for third-party workflows like color grading and sound mixing 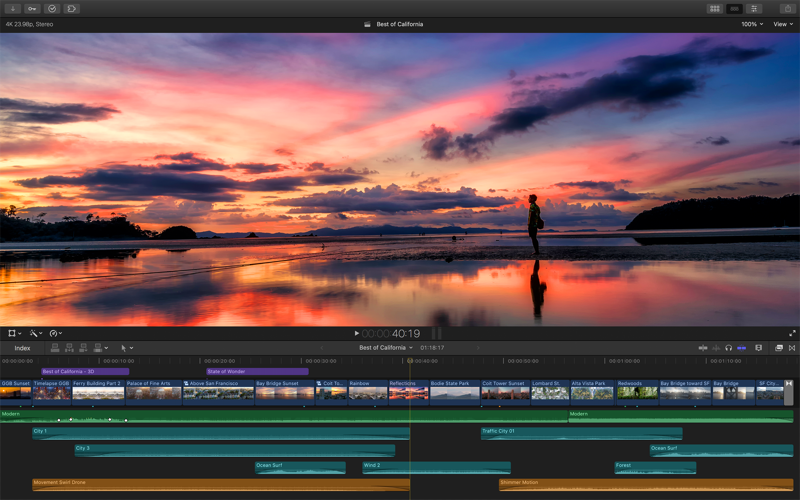 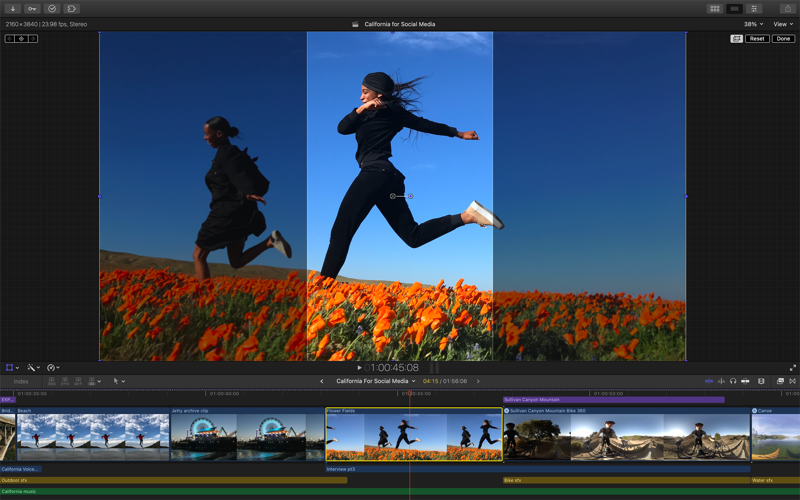 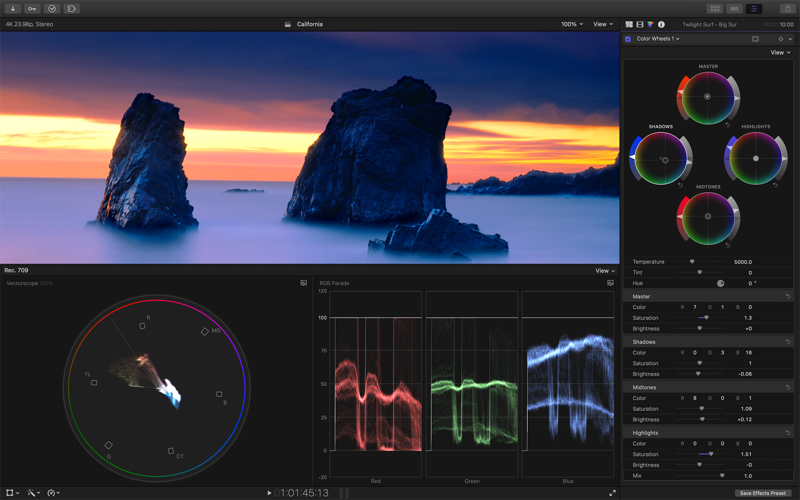 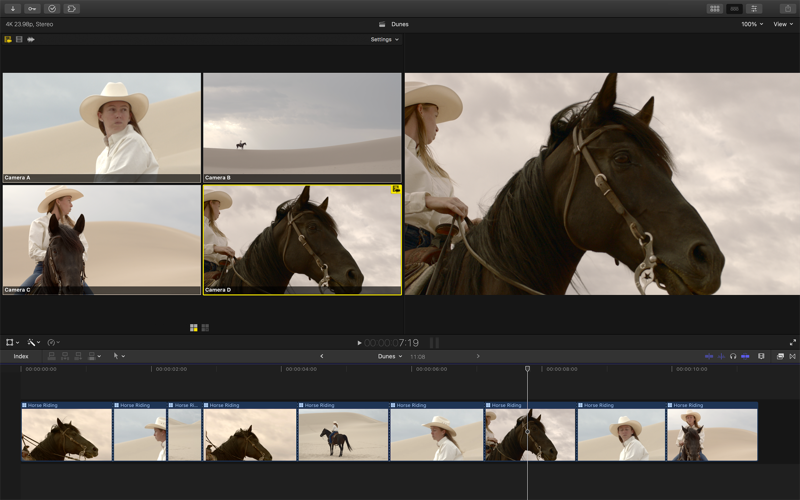 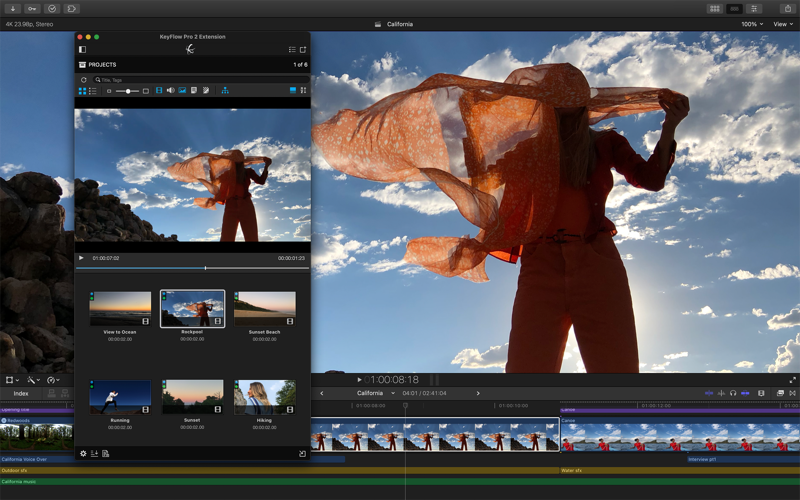 Many of us love this app. also Motion and compressor. But we see very little love from apple to give them really ground breaking features to stay on top all the time. right now other similar apps are growing feature and update getting ahead of you. Thats not what make us happy. PLEASE re look at your priotities and make FCP really advance.

Better, powerful than before, and constantly evolving

Having used it since FInal Cut Pro 7, Apple did get the launch of their rewritten Final Cut Pro X off a bit on the bad side. Subsequent updates did restore it to its glory, and also made it even better and worthwhile for editors to embrace it.

No longer do I have to wait until the export is done as the background rendering saves me time. The timeline took some acclimation, but then became second nature.

Using all hardware-level features to accelerate the editing workflow and support for plugins has made this app worthy of being a core requirement to sut video editors comfortable with using Final Cut Pro.