Mac App Store is the simplest way to find and download apps for your Mac.

To download Rube Works: The Official Rube Goldberg Invention Game from the Mac App Store, you need a Mac with OS X 10.6.6 or later. Learn More.

“THIS APP IS AMAZING AND RICH ON SO MANY LEVELS.” —NSTA Recommends (National Science Teachers Association)

The first and only official Rube Goldberg puzzle game. Solve everyday problems in Rube’s trademark elaborate whimsical style by creating hilarious machines. Is pouring a glass of juice just too straightforward and boring? Try using a jack-in-the-box, magnifying glass, string and a cymbal-wielding friend to achieve your goal. The more creative your solution the better!

Rube Works is widely adopted by a growing number of elementary and middle schools and is fast becoming one of the years favorite educational games. Aligned with CCSS (Common Core State Standards) and NGSS (Next Generation Science Standards), Rube Works is a standout app that effortlessly bridges the worlds of gaming and education.

REVIEWS
“Fans of cause-and-effect puzzles should not miss this.” 5 Stars, PadGadget

“If you like building crazy contraptions, you’ll love this app.” —CNET

“A challenging and fun game that can also teach the user about physics and logic, while not appearing to be an educational app… I highly recommend this beautiful and well made app.” —iPhone Life

“I highly recommend this app for the budding engineer or those with a knack for making contraptions!” —Teachers With Apps

Designed and Produced by Electric Eggplant. Engineering and Art by Kalani Games. Produced by Heirs of Rube Goldberg. Originally published with Unity Games.

ABOUT ELECTRIC EGGPLANT
Founded by David and Annie Fox in 1992, Electric Eggplant has consistently garnered kudos on its games, educational software, and books and apps for kids, tweens, and teens. David began his game design career in 1982 at Lucasfilm Games (LucasArts). During his decade there he helped invent the classic point-and-click graphic adventure genre. David is the Game Designer and Executive Producer on “Rube Works”. ElectricEggplant.com

ABOUT HRG
HRG (Heirs of Rube Goldberg) is a family-run company led by Rube’s granddaughter, Jennifer George. Their mission is to raise awareness of Rube’s work and to license the intellectual property to appropriate entertainment and media partners who will remain true to the spirit of her grandfather’s legacy. HRG works in tandem with RGI (Rube Goldberg, Inc), the non-profit arm whose mission includes education outreach programs for students and tinkerers of all ages through Rube Goldberg Machine contests around the globe. RubeGoldberg.com 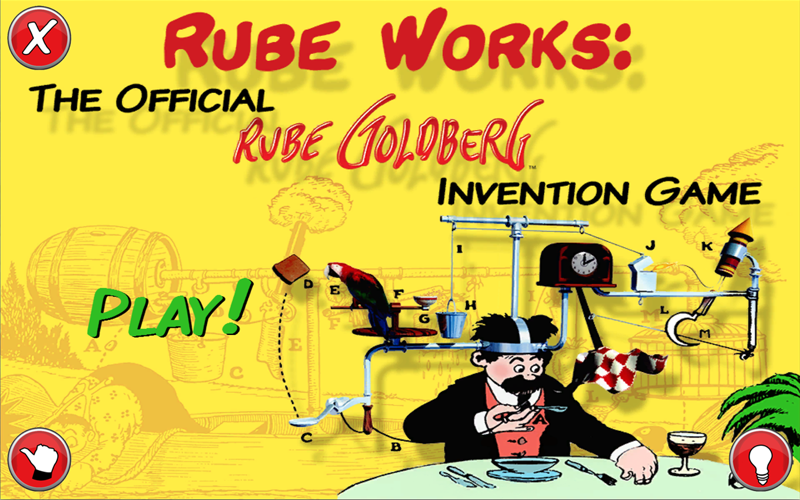 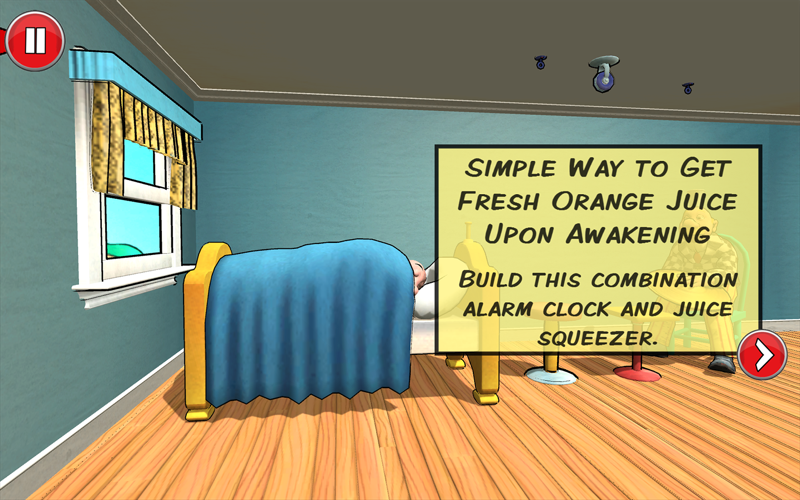 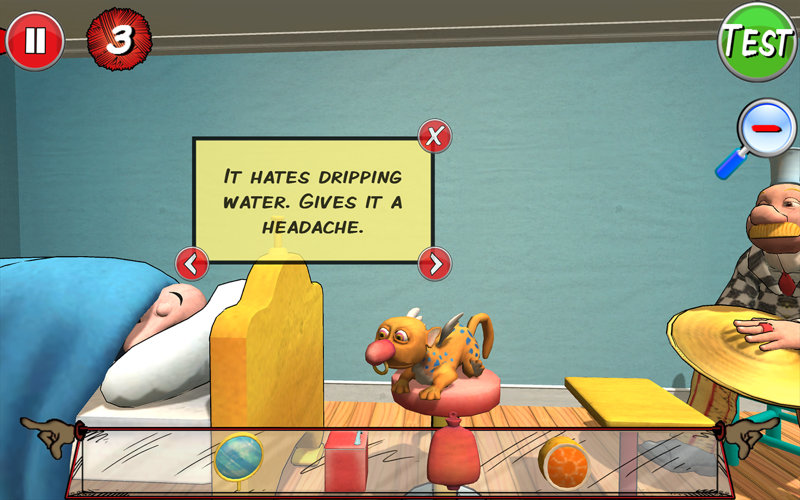 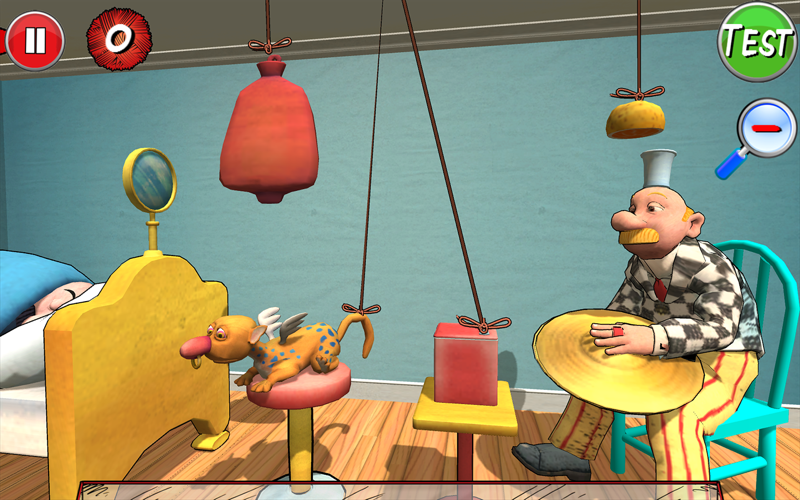 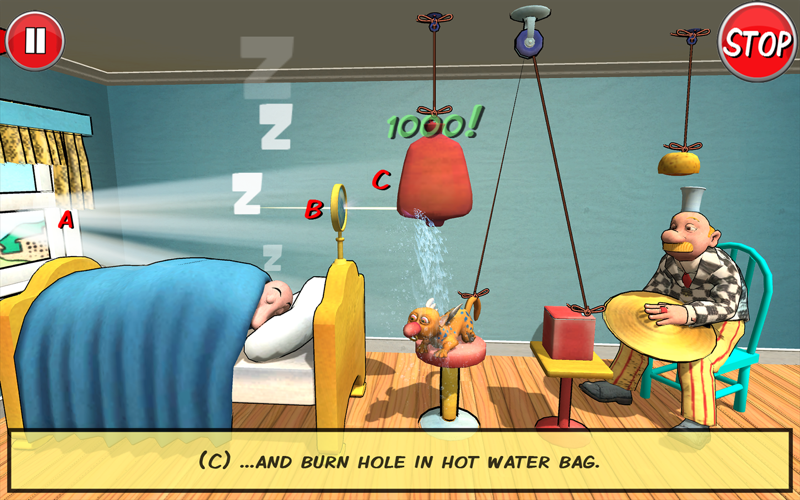 View in Mac App Store
Rated 9+ for the following: